It often starts in high school: influences, observations, descisions. My father was a great sports fan and had hopes for me, but despite his admiration for atheletes, I frankly found them not to my liking. To assuage my dad, I played football, track and swimming and lettered in all three the first year, then quit, giving the letters to him: "These are for you, the rest of my life is for me." But he was also a very fine piano player--self taught and with a good ear--he could play most anyting he heard and was a fine emulator of Fats Waller. I had piano lessons, if one could call them that: straight out of a "method" book and without any explanation for the "why" of it. So in a way, I followed my ear, too. I was already friends with several musicians, most of whom were several years ahead of me. My greatest influence was my friends Dick and Don Leikam, who were already avid jazz fans, Dick on saxophone, Don on trombone. They formed one of my first groups: "the Quintessence." 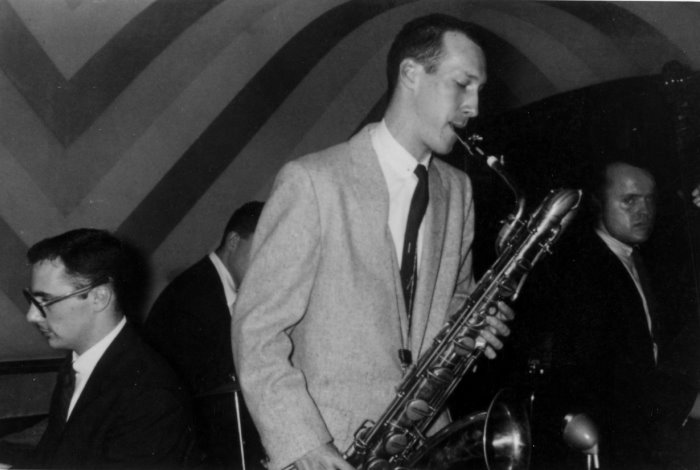 12. What is this Thing called Love?