This recording is from somewhere in the 1990's and the picture is from 1958 again.This is the "Modern Jazz Trio plus One." The photo was made (no photoshopping in those days) by Carly Thompson of the Wisconsin State Journal newspaper and shows Peter Schoele, bass, Bill Grahn, Alto saxophone, Ed Stein, drums, and me. Bill is a tremendous musician who is still gigging around Madison. He had the tone similar to Paul Desmond, who once said he tried to sound like a "dry Martini." Ed Stein was the drummer for the Skitch Henderson orchestra in the 1950's but left after a bad bus crash. He is a great drummer and now lives in Florida. Peter died in a car crash, probably in 1960. Great bassist and and equally fine guitar player. 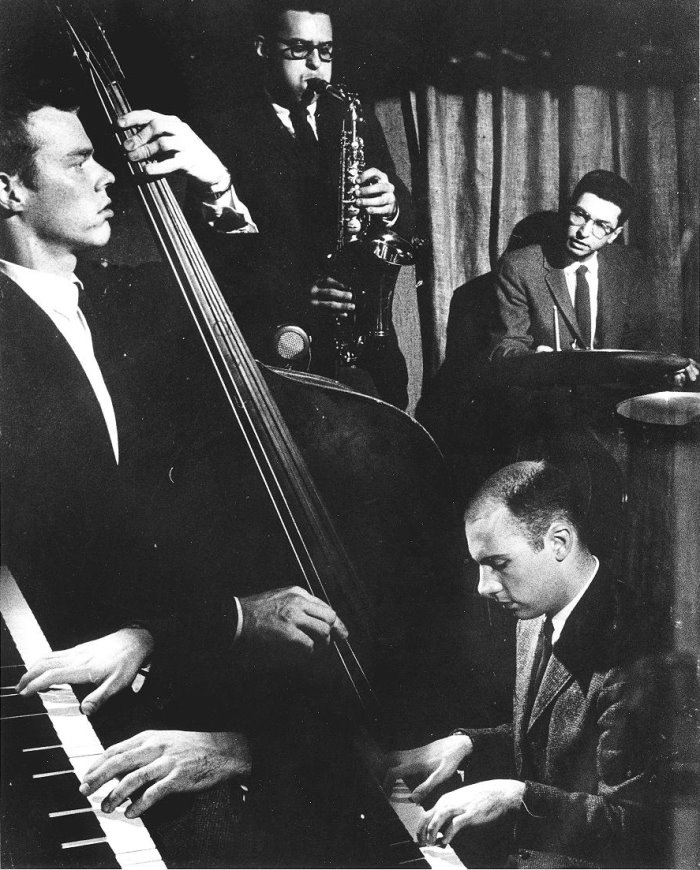