I met J. Carson Bowler in 1969 when I moved to Santa Rosa. I saw a house designed by him in an architectural magazine, found his address and telephne number and visited him with my children. He asked Matthew, the oldest, what kind of house he wanted. Matt responded with a drawing of a tower with flags and a look-out. The original idea was to place the house on the existing lot-adding it to the tiny cottage we had, but fate and sense intervened: we found another lot and bought it though it was stretching our budget to the limit. Here is a diagram of the house as first conceived. 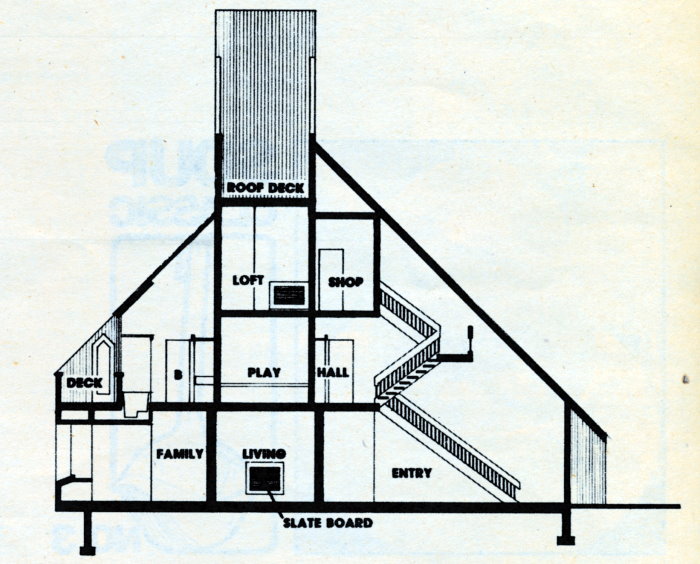 Matt got his wish and we began construction using a master builder, Richard O. Hamitlon, who had become a likelong friend and advisor. 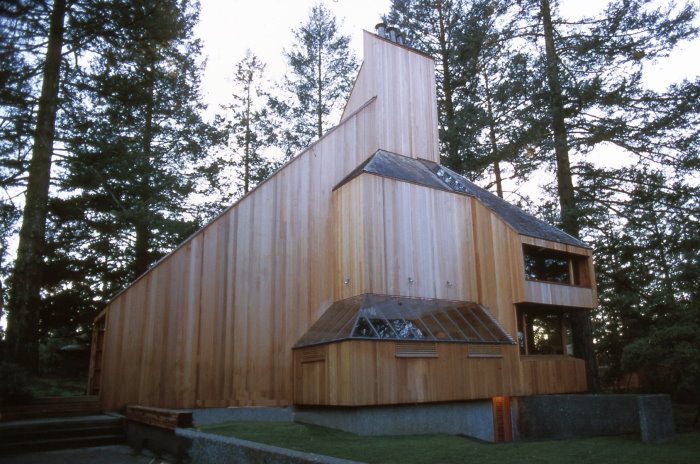 The cross section showing the view from the other side: 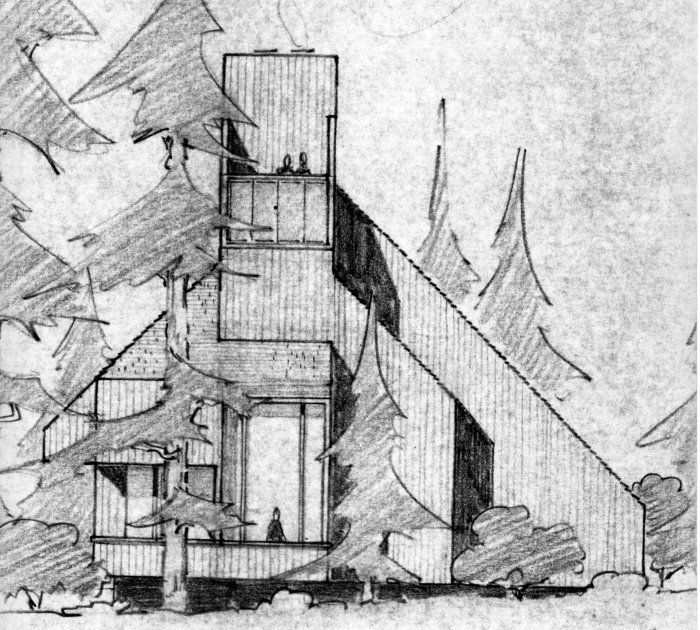 I did the interior to the best of my ability and time allowed using teak for the cabinets, slate for the ground floors (which I installed), teakwood for the master bedroom floor and platform bed, teak for the railings throughout the house, and then of course the doors which I laminated by hand using epoxy to secure the redwood to the panels. 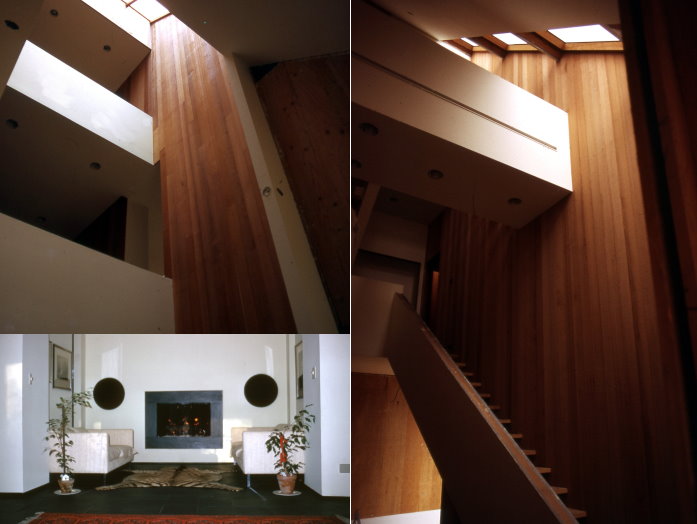 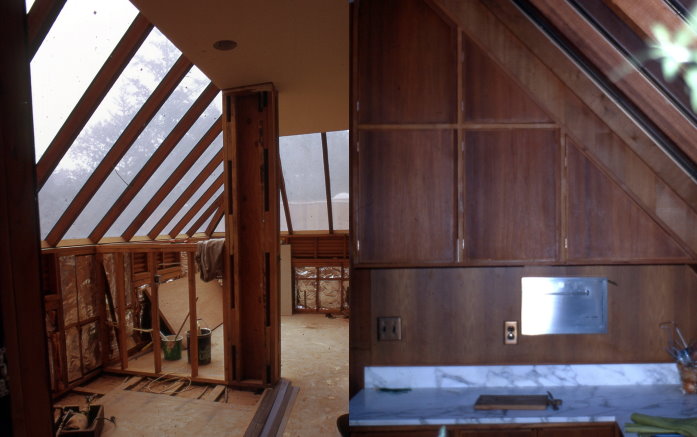 Near the end of construction, we added a room over the garage (Carson did the design--it became my favorite room. 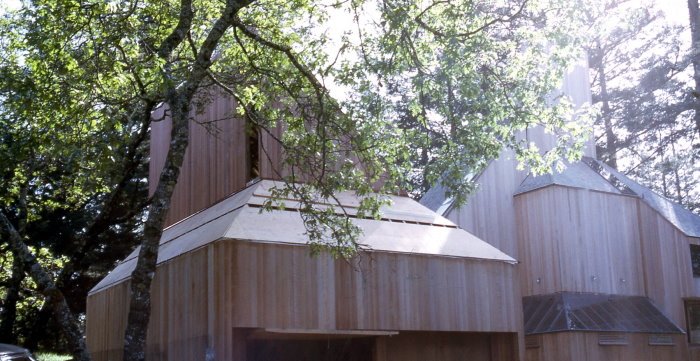 The house was sold in the 1980's and was extensively "re-muddled." This was a great tragedy, for in its pristine state, the house was a transcendent space. This proves that one must adapt the environment to the occupant. when we owned it, it was magnificent. And, so it goes.